Work hard, play hard. It is a motto amongst many groups, and Team Podium is no exception. After a terrific showing at the Publix Georgia Marathon and Half Marathon, as well as many other early season races going on from January through now, Team Podium had an informal get together at the Family Dog. Synopsis: a local team hanging out at a local bar. Life just doesn’t get any better than this!

We had a pretty good turnout of about 15 team members and a couple of SO’s. Not too shabby. And, unusually, no workout gear as worn!

We learned that Capricorns dominated the table (four in all), and, as often learned in Atlanta, we come from all over. Michigan was well represented, complete with a Yooper!, as well as two U of M (that’d be University of Michigan!) grads. Woo hoo! And yes, these are elements that represent something to this author, thus the recall! 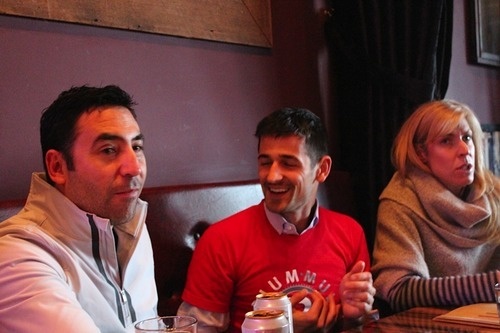 Is anybody listening to me? 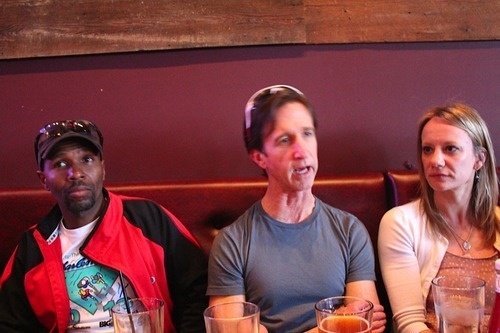 Apparently we are a group that likes to talk, and no one really listens! 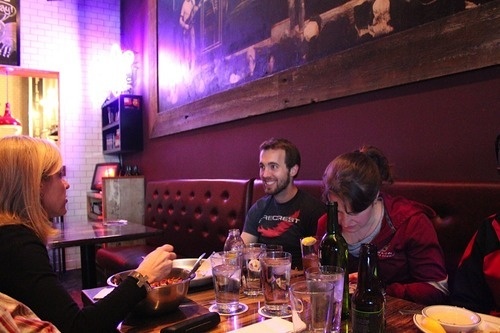 Always hard to study at a bar 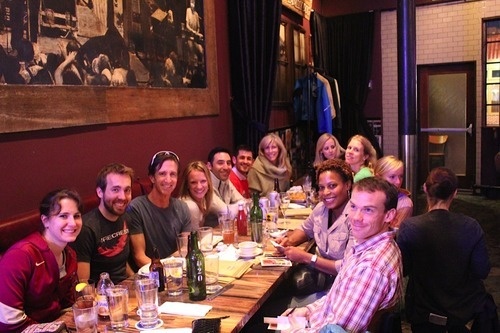