I have never busted my ass harder than I did this year. It hurt like hell, but I am stronger, faster and smarter for it. 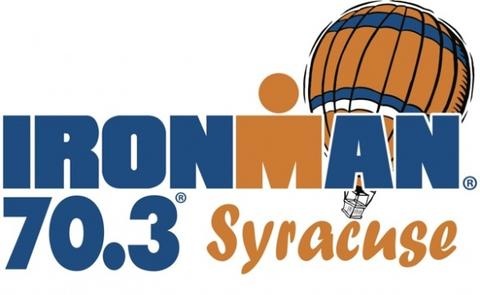 I anticipated enrolling in Columbia University would be an intellectually stimulating adventure, but I was definitely not prepared for the academic challenge that awaited me upon arriving in New York City. Shortly after my first semester began, it became a challenge to fit all of my workouts around the constant demand of reading, writing, pontificating, followed by even more reading and writing. After unsuccessfully attempting to balance schoolwork alongside swimming, biking and running, I realized I needed to have a serious talk with my coach, Gerry Halphen about putting my training on hold for a while. Thankfully he understood my quandary and advised I focus on what had become the most important part of my life – academic success. He reminded me to be grateful for being in graduated school at Columbia and assured me that training could wait until my life became a bit more manageable. I took a bit of solace knowing I had a very successful triathlon season in 2011, but it was still very difficult for me to make the mature decision and concentrate on school.

It was only fitting that I had to pull an all-nighter to finish the final paper for my hardest (and favorite) class. In an attempt to work out the tension that permanently taken up residence in my shoulders, back and brain, I went to a yoga class after a few hours of sleep. In true competitive yogi form, I had always tried to “win” yoga class in the past, but this class was truly humbling. I have never felt so uncoordinated, weak or embarrassed by my ineptitude. The teacher was constantly coming over to correct my form and reassure me that some days we just need to remain in the more restorative postures, like child’s pose. Feeling defeated, I resigned myself to thinking my athletic career, at least for 2012 was over. I knew I should not feel sorry for myself since I had made excellent grades both semesters, but I was still disappointed in myself. Call me intense, type-A or an over-achiever (you certainly wouldn’t be the first), but I wanted more. I wanted to be fast again.

That was May 7th and IM Syracuse 70.3 was scheduled for June 24th. I had less than seven weeks to defeat the Ivy League monster that had taken control my life for the last nine months and to reclaim the stolen speed that was rightfully mine.

First things first – I needed to get back into racing shape. Upon seeing me for the first time in several months, Gerry told me to lose weight. (I can assure you my coach is not a jerk, but he knows that to be as fast as possible, I needed to be as light as possible.) His suggestion was to constantly choose whether each bite of dessert or glass of wine tasted better to me than a slot to IM 70.3 Worlds. I passed up several drink dates with confused (non-triathlete) suitors who thought I was insane to be on an alcohol-free diet. Crazy as I might have been, I was determined to earn my ticket to Vegas.

Next – I had to catch up on my sleep. It had been months since I had gotten even close to eight hours of sleep, so consequently I was ravenously craving some quality time with my bed. I cannot count how many nights I slept for 10+ hours during the first few weeks out of classes, only to wake up thinking I could sleep for hours longer. Finally, after my narcolepsy wore off, I was feeling rejuvenated. The extra rest must have been paying off as one morning in late May, I went for a run and upon passing a little girl playing along the sidewalk, I heard her voice call out to her mom: “wow, mommy - look how fast she is!” I almost turned around to kiss that little girl, but you get arrested for that sort of behavior in New York.

The morning of Syracuse I was rested, focused, confident and most importantly, excited. I knew I was ready to race on what was to be one of the most challenging courses I had ever faced. I drove to the race with my music and my heart pumping (after taking thirty minutes to find a cup of coffee in a town that apparently does not wake up until 7am). I was running late, so I set up my transition area in a flash and made my way down to the water (but only after searching for the bathroom for the fourth time).

The swim was awesome. I did not experience my typical panic attack upon entering the water, but instead stayed calm and finished the swim in less than 31 minutes, (which was only three minutes slower than my friend who had been a collegiate swimmer). Unfortunately (or perhaps fortunately) for me though, my Garmin died on the swim, so the last thing I saw was my (impressive) swim time. I was left to face the rest of the race without any speed or heart rate data. I had to rely on my heart and my head for guidance on how hard to push myself.

Feeling good about my swim, I hopped on the bike ready to take on the hills of upstate New York. Despite the bike profile promising the last 40 miles to be downhill with some gentle rollers, the bike course was instead super hilly throughout the entire 56 miles, with an gigantic hill at the start and a steep climb back into transition. The run course was no party either. It was two loops covering the same nasty hill we had just ridden over, plus a few more steady climbs that nearly brought me to a walk. On more than one occasion, I looked my suffering in the eye and asked what I was doing this for? So I could have the opportunity to feel this pain again in a few months, on the even bigger hills and more intense heat of Las Vegas? Yes in fact, that is exactly what I was after. I guess that’s the definition of purposeful suffering. (Right, Gerry?) Or perhaps I am just crazy.

I had recently read a quote by Sung Ki Chung, the 1936 Olympic Marathon winner, which I let sweep over my pain-struck body just about the time I was questioning my sanity: “The human body can only do so much, and then the heart and spirit take over.” While I am no Olympic marathon star, I needed all the help I could get, so I followed those wise words and let my heart and spirit do their job.

After 5 hours, 4 minutes and 23 grueling seconds, I crossed the finish line and earned my slot to Vegas. I had worked my ass off and I got it. I could not have been happier (except when I realized there was a Lululemon outlet on my drive home). I can honestly say that even if I had not qualified for Worlds, I was truly proud of my effort. Not just during the race, but all year long. I have never experienced a more demanding year, but I owned up to the challenge. I am now certain this is what triathlon is all about. Racing is not about beating your competition, but rather improving yourself despite (or with the help of) the obstacles. 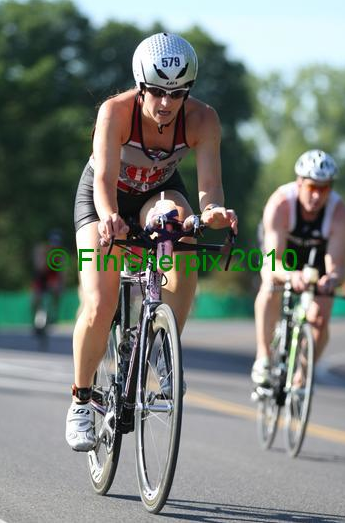 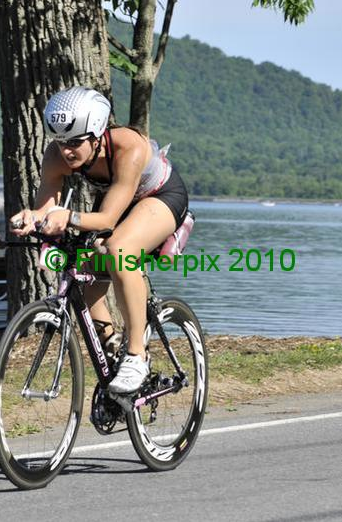